This load test was performed to get an idea as to how well Icecast performs relative to Shoutcast. The test used for this comparison is the “Max Listener” test that we used for load test #1. In order to get the most accurrate results, I decided to re-run the max listener test completely for Icecast (instead of just taking the numbers from the previous test).

I used the same hardware as in the first load test and second load test.

3 of these (one for running Icecast, and two for sources/listeners):

In both tests (Icecast and Shoutcast) I used a single 48kbps mp3 stream sourced from Oddcast running on an XP machine on my local LAN.

For this particular load test we used the same listener load script from the first load test.

I ran this script of both of the listener nodes (each could start a max of ~7000 listeners) for a combined listener count of ~14000. As in the previous tests, listeners were added in a “ramp-up” fashion up to the total of 14000 listeners.

After the execution of this test against both Icecast and Shoutcast, I chose the following stats to compare against each server:

These are machine-level statistics, and as before with previous tests, only Icecast/Shoutcast were running on the main node and thus all system metrics can be attributed to Icecast/Shoutcast.

The first graph we will look at is User CPU. Listeners are along the X axis and User CPU along the Y. 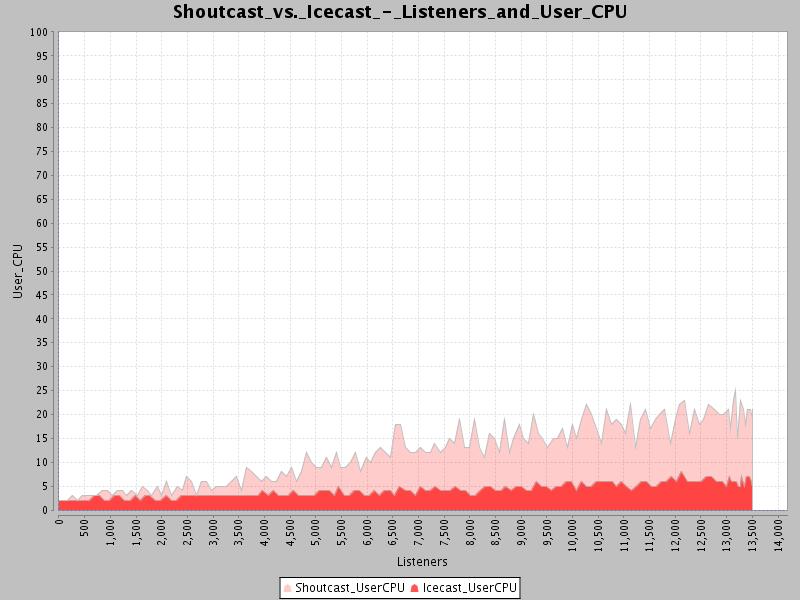 This graph shows that icecast certainly uses less User CPU as compared to Shoutcast, taking up about 50% less cpu than Shoutcast does for a similar listener count.
Icecast 1, Shoutcast 0.

Next, we will look at System CPU. 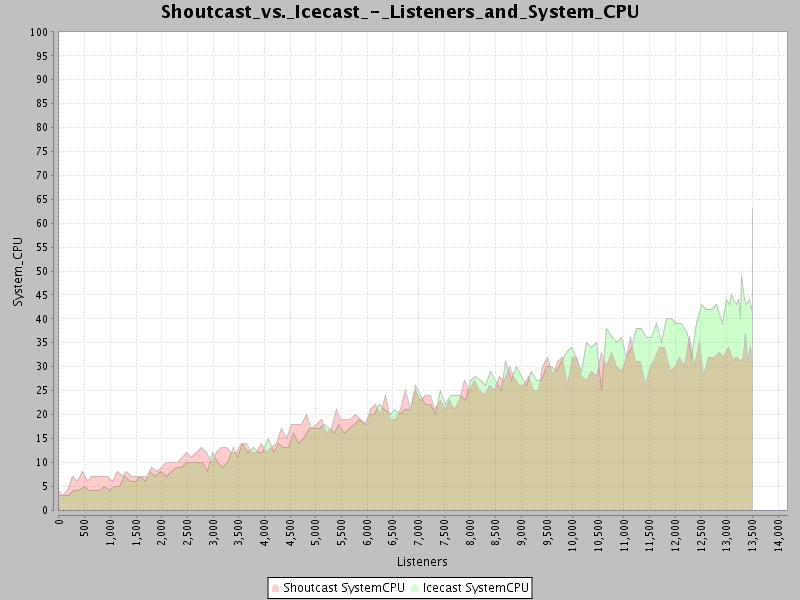 This one is a little bit harder to draw a conclusion about. Icecast and Shoutcast are pretty much identical System CPU-wise, until about 10,000 listeners, where we see a slight increase in System CPU time relatively for Icecast.
However, if we look at the total graph of system CPU for Icecast, we see a very linear progression. With Shoutcast we see a plateau in System CPU right about 10,000 listeners. Without going into more analysis I would conclude from this that Shoutcast is most likely not keeping up with the listeners appropriately, and thus we do not see an increase in system CPU. So we’ll call this one a draw. 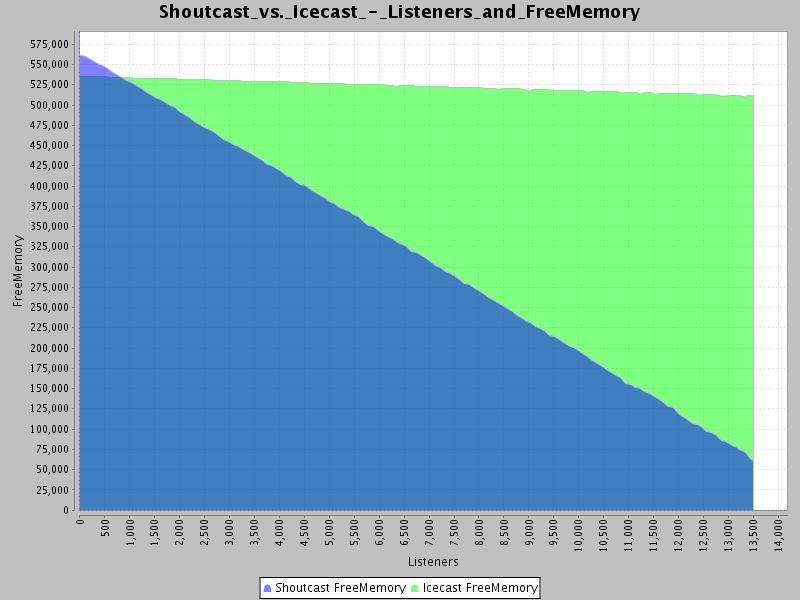 How does icecast compare to Shoutcast in terms of handling listeners?

Well, looks like icecast handles them better all around taking about 50% of User CPU, about the same System CPU, and certainly much much fewer amounts of memory per user.